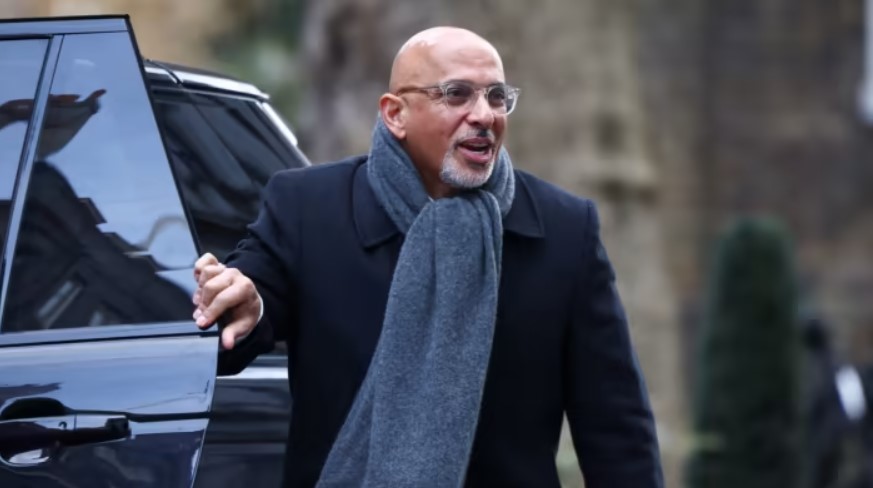 UK minister Nadim Zahawi faces further scrutiny as to whether he negotiated a tax settlement for non-payment of tax with HMRC whilst holding the position of Chancellor.

Two dominant themes led FX markets last week. Firstly, major G10 central bank policymakers hit the wires to reinforce the forward guidance presented in their December meetings. This was most visible from ECB and Fed speakers after recent data put their next policy moves into question. The second major theme was a slowing US economy after poor industrial, manufacturing, and retail sales data from December. With most major central banks undergoing a media embargo ahead of next week’s decisions, the focus for FX markets this week will be on the latter topic as flash PMIs are released from Europe and the US. Markets now expect a 25bp rise from the Federal Reserve but for UK and Euro policymakers to persist with 50bp increases for at least one more month.

The Pound firmed over the course of last week as persistently high UK inflation increased bets for hawkish interest rate hikes in the coming months. In fact, the Pound to Dollar exchange rate rallied close to six-month highs and could rise further in the days ahead if UK and U.S. economic data remains conducive to a continued rebound for riskier currencies. Looking forward the British economic calendar offers the first readings of January’s activity numbers and will be watched closely to gauge the need for more stimulus. Ultimately Britain is still falling behind its peers in the race to spur economic growth and Prime Minister Rishi Sunak will have to act to boost investment, fix a lack of workers, and avoid chaos over post-Brexit rules.

The dollar started the week testing a fresh nine-month low as market participants bet on the U.S. Federal Reserve trimming the size of its interest rate hikes for a second straight meeting in February. In fact, the dollar index was down 0.3% at 101.51, extending its losses from the previous week, and fully unwinding all of the gains it made since the Fed started raising interest rates last March. This follows a spate of weak economic data – with notable declines in retail sales and industrial production – which gave the impression that the U.S. economy slowed sharply at the end of last year.

The euro scaled a nine-month high on the dollar this morning as more hawkish comments on European interest rates contrasted with market pricing for a less aggressive monetary policy. In fact, ECB President Christine Lagarde, who last week pushed back against market bets that it would slow the pace of rate hikes given recent falls in inflation, is scheduled to make two appearances that could support the Euro’s recent gains. Meanwhile, Eurozone data may give further indications of the health of the economy. The bloc is to release flash PMI data on Tuesday that is expected to tick higher, while the closely watched German Ifo business climate index on Wednesday is expected to improve for a second month.

Trading only 1.4% higher year-to-date, the Canadian dollar now scans as one of the standout currencies at risk in the scenario of slower US growth given the level of economic integration between the US and Canada. These attributes mean that as expectations of a US slowdown remain front and centre for market participants, the Canadian dollar is likely to underperform. This is visible in early trading this morning where the Canadian dollar sits towards the bottom of the G10 currency board, strengthening against just the Japanese yen and trading sideways against the pound.

Gold held on to recent gains over the last five weeks and hovers around the $1,930 mark as the usual blackout surrounding central banks prior to next week’s meetings and the Lunar New Year both weigh on volumes and market participation.

The regional Stoxx Europe 600 rose 0.3 per cent, while Germany’s Dax increased 0.1 per cent and London’s FTSE 100 rose 0.2 per cent. The indices have risen 5.4 per cent, 6.8 per cent and 2.8 per cent, respectively, so far this year. Contracts tracking Wall Street’s blue-chip S&P 500 and those tracking the tech-heavy Nasdaq 100 traded in a tight range ahead of the New York open.

The crypto rebound has gained so much speculative vigour that even tokens torpedoed last year by their dependence on discredited mogul Sam Bankman-Fried have rallied, with some more than doubling this month. FTT, the token of his FTX exchange until the latter imploded, is up 160% in January after losing nearly all its value in 2022, CoinGecko data shows. These so-called ‘Sam Coins’ have jumped in a wider $250 billion crypto market bounce from last year’s rout. The climb stretches from Bitcoin to the likes of tokens tied to artificial intelligence projects, virtual real estate and gaming.

WTI climbed toward $82 a barrel following a back-to-back weekly gain that drove the US benchmark to the highest close since mid-November. While a weaker US currency supported prices on Monday trading volumes in Asian hours were held back, with national holidays to mark the Lunar New Year affecting key markets including China and Singapore.