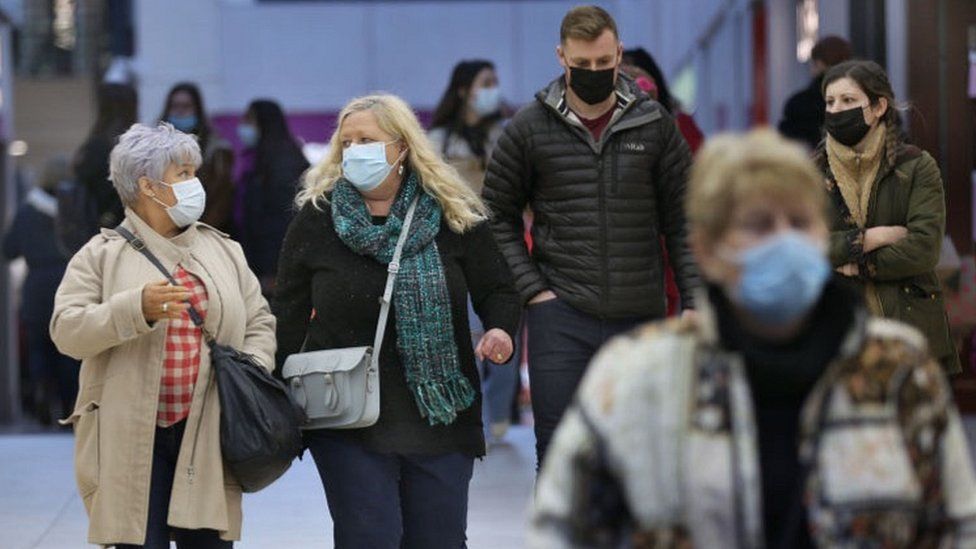 A relatively quiet week sparked into life last Thursday afternoon after the release of a slightly higher than expected Consumer Price Index from the US. At 7.5%, the index is at its highest level for over four decades, and worryingly the core figure is also rising steadily. In response, yields on US bonds rose sharply, as did interest rate projections in the derivative markets. James Bullard, from the St. Louis Federal Reserve, suggested that the cost of borrowing should rise by 1% between now and July and even suggested that the Federal Reserve could hold an emergency meeting and raise rates. This reaction smelt slightly of panic to the markets, and as would be expected, stock markets started to slide, pushing the dollar higher as investors searched for safer assets. Sterling fared better than the euro as expectations are that the Bank of England will again raise rates in March whilst the European Central Bank council members started to dial back their hawkishness.

With a quiet week ahead, at least for economic data, elsewhere attention will switch to the UK this week. With the next meeting of the Bank of England looming, the release of the UK’s inflation indexes this coming Wednesday will be studied with interest. With the increases in energy prices starting to come through into the numbers, expectations are for another jump. Elsewhere geopolitics will continue to unsettle the markets, with President Putin becoming increasingly belligerent over his intentions towards Ukraine whilst President Biden back peddles. Over the weekend tensions escalated with countries, including the UK, advising its citizens to leave Ukraine as fears of a Russian invasion grew. Elsewhere Brexit negotiations still rumble on, as do Boris Johnson’s domestic problems; however, a quieter week on that front with parliament on recess may be on the cards.

The UK economy rebounded last year with growth of 7.5% despite falling back in December due to Omicron restrictions, official figures show. It was the fastest pace of growth since 1941, although it came after a dramatic 9.4% collapse in 2020 as the pandemic forced parts of the economy to shut. In December, the economy shrank 0.2% as Omicron restrictions hit the hospitality and retail sectors.

After last week’s inflation shock in the US, the UK takes centre stage this week with the release of both employment and inflation data. First up is tomorrow’s unemployment data which is expected to edge lower again to almost pre virus levels. With markets now expecting further moves upwards in the Base Rate at the Bank of England’s next meeting, followed by another one in May, Wednesday’s Consumer Price Index will be of some importance. Most analysts are looking for a slight drop in January’s headline figure but for it to bounce back and peak in April. If there is no apparent easing in the figure sterling could make further gains in particular against the euro. Also scheduled for release, but not quite as important as the CPI figure, are January’s Retail Sales which are published on Friday.

With  hardly any top tier data releases out of the US this week, the dollar’s direction is likely to be driven by the continuing fall out from last week’s Consumer Price Index. Financial markets are now looking for a rise in rates at the next Federal Reserve meeting on 16th March. The derivative markets are suggesting that there is a better than 50/50 chance of a 0.5% rise to be followed by at least another four hikes through the rest of the year. However, there is another set of inflation figures released before that meeting and so the markets and consequently, the dollar, may have got ahead of itself. On Wednesday Retail Sales will be watched for any further signs of weakness that they have shown recently but with the effects of the Omicron variant still evident, some softness may be expected. The only other top tier figures scheduled for release are for Industrial Production, also on Wednesday, and the weekly jobless total on Thursday. Away from data, the market will be studying the minutes from the last FOMC meeting which are released on Wednesday evening, to see how concerned the Fed really is over inflation.

The euro was buffeted by the storms that crossed the Atlantic following the release of the US Consumer Price Index and the responses from the members of the Federal Reserve. Christine Lagarde’s attempts to soften her hawkish rhetoric of the previous week unsettled the markets, as did the hawkish comments from the new President of the Bundesbank, which highlighted the frictions inherent in the European Central Bank’s council. Contradictory speeches were also delivered by Phillip Lane and Isabel Schnabel leaving the ECB in a catch 22 situation. As well as its internal problems, investors are also nervous about European assets as the temperature continues to rise between NATO and Russia on Europe’s Eastern border, keeping a lid on any advances by the euro. The only data of note due this week is out tomorrow when Employment and Gross Domestic Product for the Eurozone is published along with the ZEW sentiment surveys for the zone and its constituent countries. However there are some notable speakers who will have a chance to give more clarity to the ECB’s position. The first opportunity falls to Christine Lagarde today and then Isabel Schnabel has a chance to reiterate her hawkish credentials and Phillip Lane his dovish ones on Thursday.

Boris Johnson is pushing to forge closer UK economic ties with China by reviving a bilateral forum focused on trade and investment, in a move that has angered some Conservative MPs. British officials said the prime minister has authorised a restart of the annual UK-China Joint Economic and Trade Committee, which has not met for four years amid increasing tensions between the two sides. Chancellor Rishi Sunak has meanwhile given the go-ahead to a resumption of the UK-China Economic and Financial Dialogue, an annual summit also focused on trade and investment, which has not taken place since 2019. China is the UK’s third-biggest trading partner. The value of bilateral trade between the two countries was £94.5bn in the year to September 2021.

The Canadian dollar is broadly tracking the decline in risk sentiment in markets this morning, despite WTI futures showing the North American benchmark hit a fresh high of $94.95 per barrel this morning. The higher oil price, which is underpinned by geopolitical concerns in eastern Europe and statements by Iranian officials that nuclear talks are becoming “more difficult”, is having a limited effect on the CAD as North American equity futures point lower. This week, the data calendar for the loonie picks up somewhat, with BoC Deputy Governor Tim Lane speaking on central bank decision making during turbulent times on Wednesday at 18:30 GMT, while January’s CPI data and December’s retail sales numbers are printed at 13:30 GMT on Wednesday and Friday respectively. Despite the increased number of economic events, the loonie is likely to take its cues from broader market sentiment, and therefore developments in the Ukraine crisis, this week.

Tensions over Russia’s military build up near Ukraine is buoying gold and palladium amid demand for havens and concerns over potential supply disruptions. Bullion’s appeal as a store of value is being burnished by risk aversion in markets and a surge in inflation worldwide, with prices gaining on Friday in the biggest advance in almost four months, even as the Federal Reserve gears up to raise rates. The yield on 10-year Treasuries ticked up Monday after tumbling on Friday from a 2019 high, weighing on non-interest bearing gold.

Europe’s Stoxx 600 Index plunged to a three-week low, as Asian gauges and U.S. futures declined. All European sectors were in the red, with travel and banks among the worst performing and shares in European companies with exposure to Russia and eastern Europe under pressure. Tensions over Russia’s military build up near Ukraine are entering a potentially decisive week as the U.S. warns an invasion may be imminent and President Vladimir Putin accuses America of failing to meet his demands. Russia has repeatedly denied it plans to invade its neighbour, and a diplomatic push to try to resolve the situation is continuing, with German Chancellor Olaf Scholz traveling to Kyiv, a day before heading to Moscow.

Bitcoin held above the $41,500 resistance level over the weekend after a slide from the $46,000 level last week. The move came as hash rates for the Bitcoin network hit lifetime highs. Bitcoin has shown strength this month after a slide to yearly lows of $33,000 in January. It broke above the $38,000 and $41,500 resistance level in the first week of February to monthly highs of $46,000, a level previously seen in the final weeks of 2021. raders have since taken profits on the move as bitcoin saw weekly lows of $41,600 in early Asian hours on Monday but recovered to nearly $42,000 by the time European markets opened.

Oil prices were steady on Monday in seesaw trading, after hitting their highest in more than seven years on fears that a possible invasion of Ukraine by Russia could trigger U.S. and European sanctions that would disrupt exports from one of the world’s top producers. Brent crude was down 11 cents, or 0.1%, at $94.33 a barrel by 0910 GMT, after earlier hitting a peak of $96.16, the highest since October 2014. U.S. West Texas Intermediate (WTI) crude rose 1 cent, or less than 0.1%, to $93.11 a barrel, hovering near a session-high of $94.94, the highest since September 2014.