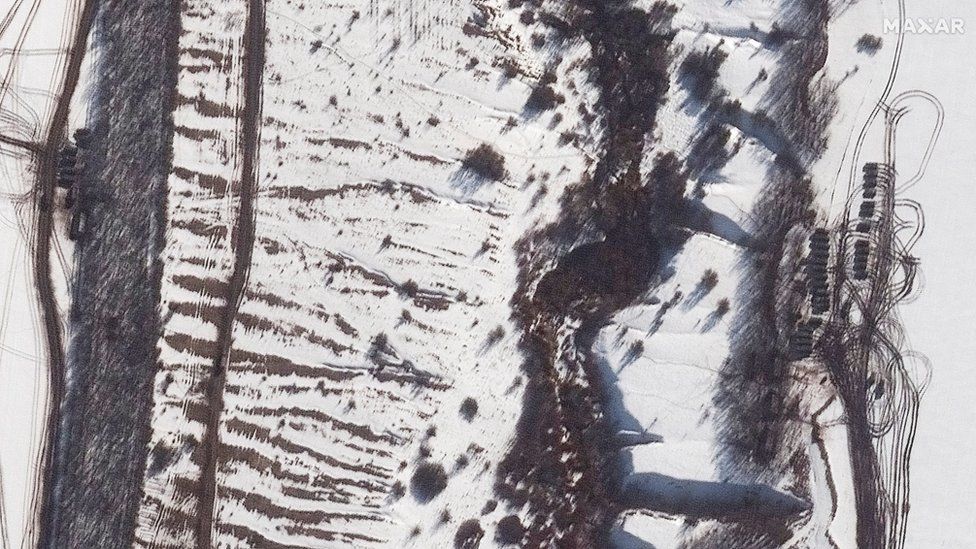 The financial and currency markets were as wild last week as the weather was in the UK, and although the weather has slightly calmed this morning it is unlikely that the markets will. With Russia still threatening to invade Ukraine, the markets will remain on tenterhooks with sentiment as fragile as the peace is. As expected, the dollar, yen and Swiss franc were the primary beneficiaries as investors looked for a safe haven. The dollar did suffer some weakness as bond yields dropped as investors switched from riskier assets into them. However until, hopefully, a peaceful resolution is found, the dollar will stay well supported. Sterling also performed well last week after Employment, Inflation and Retail Sales data beat expectations. With the UK economy running hot, expectations are mounting for the Bank of England to take further action and raise the cost of borrowing at its next meeting. Sterling should remain underpinned by the Base Rate rising again and indeed by another five increases in the coming year if the derivative markets are to be believed.

The week ahead looks likely to follow a similar course to last week, with geopolitical headlines influencing the markets more than economic data. With this likelihood in mind the euro could well stay under pressure due to its proximity to the dispute. The single currency is also not helped by the reluctance of any of the mouthpieces from the European Central Bank to grasp the nettle over the timing of their potential move to less accommodative policies. Last week speakers from the ECB dodged these hard questions which is expected to continue for the foreseeable future. Away from geopolitics it’s hard to see any economic data, apart from Consumer Expenditure in the US that is likely to shake the markets too vigorously. The only other data of note are the Markit Purchasing Managers Indexes published throughout the G10 on Tuesday and Wednesday.

This satellite image shows what appears to be additional armour and equipment deployed near Valuyki in Russia. US officials say intelligence suggests Russia is ready to launch a military operation, which Moscow denies.

As expected after the strong sets of employment and inflation reports, UK retail sales bounced back strongly in January as the influence of Omicron dissipated. These figures reinforced the idea that the UK economy had started the year strongly, convincing the markets that their aggressive pricing of tightening from the Bank of England is correct. Although it must be said that several respected analysts think that a base rate of nearly 2% by the end of the year is unlikely. The week ahead will be dominated by the state of play in Ukraine with very little consequence on the economic front scheduled for release, leaving sterling at the mercy of event some 1500 miles away. The pick of the bunch is Markit’s Purchasing Managers Indexes, which showed the manufacturing and services sectors beating expectations and helping sterling rise against EUR. Tomorrow Dave Ramsden from the Bank of England is scheduled to speak, and on Thursday Andrew Bailey is due in front of the Treasury Select Committee.

Nearly all the movement in the currency markets were driven by geopolitics last week, and this week looks likely to be the same as a diplomatic solution to the problems in Ukraine is searched for. With this in mind, the dollar and other safe-haven currencies the yen and Swiss franc would appear to have a limited downside. The data docket looks relatively bare with Markit PMI readings out tomorrow and fourth-quarter Gross Domestic Product, Initial Jobless Claims and Personal Consumption data on Friday. It’s another busy week for the Federal Reserve’s mouthpieces, with Raphael Bostic, Loretta Mester and Christopher Waller slated to speak, all of whom are generally hawkish. With the next FOMC meeting fast approaching the Fedspeak will continue to be dissected for hints to whether the Fed is likely to front-load its rate hikes with a 0.5% move in March.

The euro managed to hold relatively steady last week despite the crisis on the borders of Ukraine. With this situation ongoing and at present looking unlikely to be resolved in the near future investors are likely to remain exceedingly cautious of the euro. Indeed, if the possibility of a diplomatic solution recedes further or the Russians advance into Ukraine the single currency could see some fresh selling. With this in mind, this week’s economic releases are almost of secondary importance to the market. Still, we will watch out for signs of economic recovery from the Omicron variant in both the eurozone’s PMIs and Germany’s Ifo sentiment surveys. Also of interest will be the comments from Pablo Hernández De Cos, Luis Guindos and Isabel Schnabel from the European Central Bank. However, after last week’s failure to give any clues to the ECB’s thought process over possible changes to their economic policies, we won’t be holding our breath.

China’s top planning agency approved three different billion-dollar coal mine projects on Monday as the country continues to support the fuel that much of the rest of the world is shunning. The National Development and Reform Commission gave the go ahead to two mines in the north western province of Shaanxi and another in Inner Mongolia. The three projects will require a total investment of 24.1 billion yuan ($3.8 billion) and produce 19 million tons of coal a year. The 2022 Beijing Olympic Winter Games finished on Sunday.

The Canadian dollar joins the broad G10 risk-on rally this morning but continues to lag the broader move in markets. With Canadian investors joining the US in celebrating a federal holiday today, the lack of action in North American cash equities and fixed income markets may mute the rally in CAD over the course of today’s session. However, unless there is a substantial shift in geopolitical events overnight, the loonie is likely to play catch-up on the broad risk bid against the dollar tomorrow. Over the weekend, Canadian police finally secured the downtown core of the capital city, Ottawa, after a three-week-long occupation by truck drivers protesting the imposition of a cross border vaccination mandate. The protest had quickly turned into one against the government and Prime Minister Trudeau, however, and the level of disruption intensified to a point that the government invoked rarely used emergency powers. Today, the data calendar is empty for Canada and the US, leaving the loonie to trade at the discretion of the broader dollar move.

Gold changed direction dramatically after Russia said there are “no concrete plans” for a summit between Vladimir Putin and U.S. President Joe Biden, hours after the White House said it had agreed in principle to a meeting to help resolve the standoff over Ukraine.
Earlier, bullion fell as much as 0.6% after statements from Washington and the Elysee that both the U.S. and Russia had agreed to the summit proposed by French President Emmanuel Macron. Gold then pared those losses to trade little changed after a Kremlin spokesperson said that while a meeting between Biden and Putin remained possible, no plans were in place.

European stocks fluctuated as traders questioned the prospects for a diplomatic meeting between President Joe Biden and his Russian counterpart Vladimir Putin. The Stoxx Europe 600 index was little changed, erasing a gain of 0.4% at the open, after the Kremlin said there are “no concrete plans” yet for a summit between the Russian and U.S leaders. Contracts on the S&P 500 and Nasdaq 100 were slightly positive.

The European Union is open to cryptocurrencies including Bitcoin or a digital euro but regulations must first be strengthened to prevent fraud, EU Commissioner for Home Affairs Ylva Johansson said at the Munich Security Conference Friday. Bitcoin managed its first week of losses since January, putting a halt on the token’s recovery from its dramatic year-end slide. The coin is down 5% over the past seven days after Friday’s drop of as much as 1.4%.

Oil slumped then recovered after France said that the U.S. and Russian presidents agreed to a summit meeting over Ukraine, offering hope of an easing in tensions that have roiled energy markets. WTI initially fell 2.7%, before recovering most of its slump, after Joe Biden and Vladimir Putin agreed to the “principle” of a summit proposed by French President Emmanuel Macron, according to statements from the White House and the Elysee. There was no immediate confirmation from the Kremlin.

Oil investors are also following negotiations to rekindle Iran’s 2015 nuclear agreement, which has made some progress, Iran’s Foreign Ministry Spokesman Saeed Khatibzadeh said in a press conference. Though the remaining issues are the hardest ones, he said.
In a signal of the crude market’s bullishness, nearby contracts for WTI and Brent are commanding significant premiums over those further out, indicating that traders are clamouring for barrels right now. In Asia, refiners are seeking to ramp up their run rates to benefit from healthy margins.