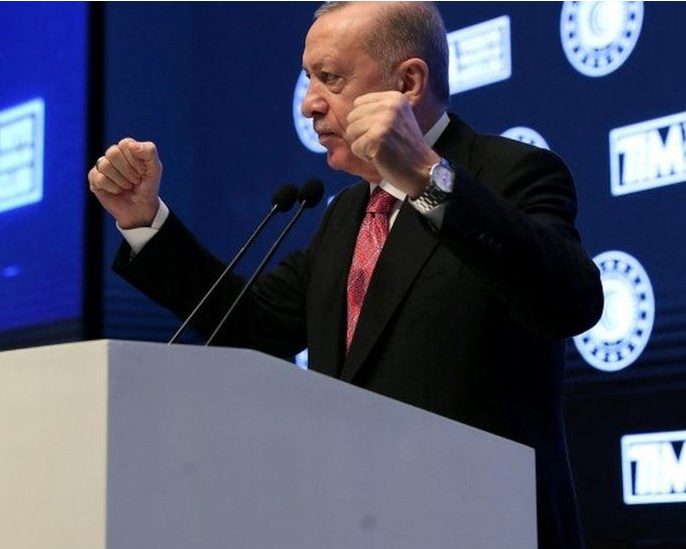 As traders return to their desks for the first time in 2022 we expect liquidity and volume to return. Whether this will take the edge off recent volatility remains to be seen with so many moving parts affecting global trade – Omicron, energy prices, unrest in the Crimea, soaring inflation and instability in the Middle East to name just a handful.

Turkey’s annual inflation rate has soared to a 19-year high, underlining the country’s financial turmoil and alarm over its president’s policies. Prices hit more than 36% in December as the cost of transport, food and other staples ate into household budgets.
President Erdogan has described interest rates as “the mother and father of all evil,” and has used more unorthodox policy to try to dampen prices including intervening in foreign exchange markets. In a speech on Monday he said Turkey was “going through a transformation in economy and rising to the next league”. He said the nation is “reaping the fruits especially in exports of our country’s efforts and hard work in the past 20 years to bolster our foreign trade”.

While a stronger dollar across the board meant sterling moved back from recent highs in the GBPUSD pairing, the pound continued to hover around March 2020 highs against the euro in yesterday’s session as the single currency underperformed more broadly. Meanwhile, domestic headlines did little for the pound yesterday, with COVID-19 cases in the UK continuing to rise at an unprecedented pace. Later today, Prime Minister Boris Johnson is expected to deliver an update on restrictions after assessing the latest virus data. The British government refrained from imposing new restrictions before the new year, however widespread COVID-19 related staff absences are weighing on economic activity, especially the service sector.
Over the weekend, Johnson instructed ministers to come up with contingency plans for workplace absences as it emerged that the government is concerned about the rapid surges in case counts and the effects that could have on businesses in the coming weeks. Depending on the severity of today’s announcement by Johnson, investors may reassess the negative impact Omicron has on the British economy and reconsider their pricing of further rate hikes by the Bank of England. This could cap gains in sterling throughout today’s session, but if the announcement is mostly centred around subsidies and government support throughout the latest wave and stays clear of new restrictions, sterling upside may be witnessed.

Yesterday marked the worst start to a year in US Treasuries since 2009 as prices plummeted and the 2-year yield rose to its highest level since the onset of the pandemic. Expectations of Fed hiking is keeping Treasuries offered despite the US setting a new global of 1 million daily recorded cases. Concerns over Omicron have largely abated in markets, as evidenced by price action in Treasuries, as the economic repercussions have seemingly been limited thus far. Holiday distortions have likely resulted in the daily number of new cases in the US being underreported, with a clearer picture of the US health backdrop to become visible over the course of the week. Overall, the US dollar firmed on these dynamics, reversing losses seen at year-end. Today, ISM data for December is set for release at 15:00 GMT and should show manufacturing input prices beginning to moderate towards year-end, but the data is likely to be of little influence at the start of the year as market liquidity comes back online. On the data front, payrolls data for December on Friday will likely be the more deterministic release, while economists and rates traders will scour Wednesday’s release of December’s FOMC meeting minutes for further clues on the Fed’s imminent hiking cycle. .

The euro underperformed in yesterday’s session and was trading in the red against most G10 currencies, with EURUSD falling the most in an intraday session since December 17. COVID-19 cases continue to rise all over Europe, while German Purchasing Managers’ Index figures slightly underperformed yesterday, however, the fall in the euro can most likely be attributed to jumps in the US 2Y and 10Y yield more so than domestic headlines given the euro’s sensitivity to yield differentials. For the same reason, JPY dropped to a 4-year low against the US dollar in yesterday’s session. Today’s calendar included stronger-than-expected November retail sales from Germany, with the MoM figure printing at 0.6% vs a negative 0.3%, while French CPI printed closer to the consensus at 0.2% MoM. The calendar is light for the remainder of the day, shifting focus back to developments in US Treasuries.

China could retain its tight border restrictions for the whole of the year as it prepares to host the Winter Olympics and a series of political events in 2022, Goldman Sachs said.
Reports that vaccines made by domestic firm Sinovac Biotech Ltd. offer limited protection against the omicron variant will likely reinforce China’s resolve to stick with its COVID-19 Zero strategy. China is one of the few countries in the world that’s still committed to the COVID-19 Zero approach, while many others have shifted toward living with the virus. Strict measures to contain outbreaks — like the hard lockdown in Xi’an currently — have led to disruptions to production and travel, and a slump in consumption, adding pressure on an economy already weighed down by a housing market downturn. Crackdowns on the free press in Hong Kong, a suspension in Evergrande shares and food shortages in Xi’an are also making headlines.

The Canadian dollar failed to escape the broader USD strength in yesterday’s session, but is still trading well above December’s average with crude oil prices trading around the top of December’s range. Today’s OPEC+ meeting will be crucial to watch for commodity watchers and CAD traders, especially in light of the damaged pipeline situation in Libya. Markets expect the cartel to stick to existing policy in today’s meeting, which means output is set to be hiked by another 400,000 barrels a day from the start of February. Four sources speaking to Reuters confirmed this and stated concerns around Omicron are easing and that the cartel remains confident of the appropriateness of further output hikes.

Gold is starting the year under pressure after its biggest annual decline since 2015 as central banks started to dial back pandemic-era stimulus to fight inflation. Traders are also monitoring the risks posed by the omicron virus variant and will focus this week on the releases of minutes from the Federal Reserve’s latest meeting and the U.S. nonfarm payrolls data. pot gold traded up 0.2% at $1,805.51 an ounce at 9:54 a.m. in London, after dropping 1.5% Monday, the most since Nov. 22. The Bloomberg Dollar Spot Index was flat after adding 0.5% in the previous session. Silver declined, platinum edged higher and palladium advanced.

U.S. index futures and European stocks rose, extending a strong start to 2022, as investors bet data on U.S. manufacturing and job openings will further show the world’s largest economy is resilient against the spread of omicron. Contracts on the S&P 500 Index climbed 0.2% after the underlying gauge hit another record Monday. Treasury yields steadied as Federal Reserve tightening underpinned traders’ debates on the year’s outlook. The dollar was marginally higher as the yen tumbled to a five-year low. Europe’s Stoxx 600 recaptured its record.
Apple has become the first company to hit a market capitalisation of $3tn, after its value rose by $1tn in less than 16 months as the coronavirus pandemic turbocharged Big Tech. Elon Musk woke up this morning $33b richer after shares in Tesla rose 13.5% yesterday on the back of record deliveries.

Bitcoin fell as much as 2.8% during Monday’s session to $45,715. That means it was trading below its average price over the last 200 days, which currently stands at $47,923. The session is setting Bitcoin up for its seventh consecutive close below that threshold, which is watched closely by chartists.
Cryptocurrencies overall finished 2021 on a sour note — Bitcoin fell roughly 19% in December, one of its worst months of the year. The Bloomberg Galaxy Crypto Index, which tracks a handful of some of the largest coins, lost near 23% in that period. As usual, estimates for Bitcoin’s medium term performance vary widely.

Oil fluctuated before an OPEC+ meeting that’s expected to see the alliance agree to another output boost next month. Futures in New York swung between gains and losses near $76 a barrel. OPEC+ is set to ratify a 400,000-barrel-a-day increase for February when it gathers on Tuesday, delegates said. That’s despite concerns that demand could be weakened by virus flare-ups, including in China, the biggest oil importer.
The overall supply-demand backdrop is looking better for OPEC+, with the cartel cutting estimates for a surplus in the first quarter amid slower output growth from its rivals. Recent weeks have seen a litany of supply issues in producing countries, including in OPEC member Libya, where production is expected to fall again this week.