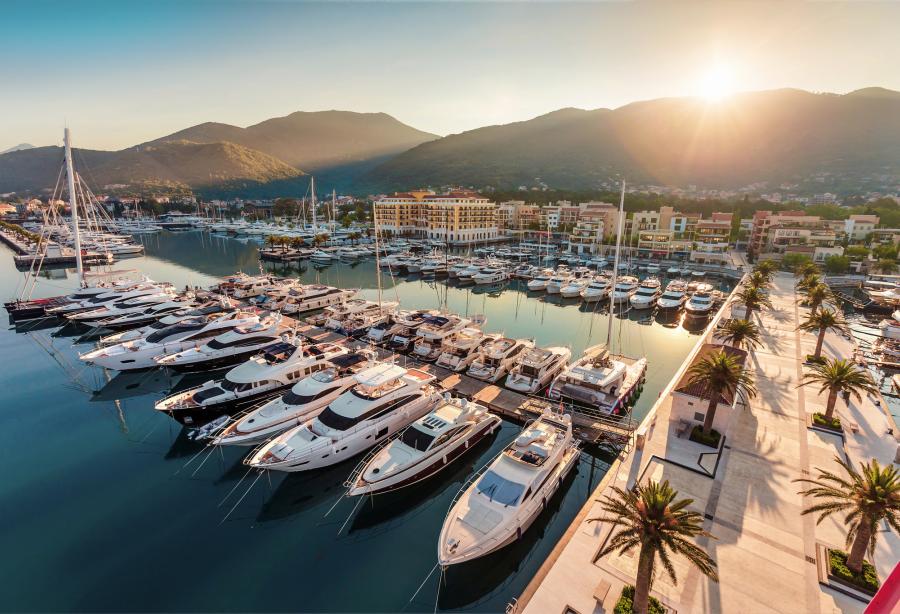 Last week will be seen as the week when central banks finally woke up to the threat of inflation and started to move to try and contain it. The Bank of England was the first to follow on from the hawkish Federal Reserve and raised the cost of borrowing to 0.5%. Indeed, almost half the Monetary Policy Committee wanted to increase it further, so if things stay as they are, the odds are on a further move upwards in March. The Bank of England’s move was fully anticipated in the markets; sterling initially jumped on the thoughts of the further hike next month. The move upwards, particularly against the euro, was short-lived and reversed after Christine Lagarde grudgingly acknowledged that the ECB might also have to tighten policy. The change in tone from the ECB caught the market somewhat on the hop, and traders rushed to cover their short euro positions, causing sterling and the dollar to suffer setbacks.

The week of surprises had one trick left, which was revealed on Friday afternoon when the US Labor Department announced that Non-Farm Payrolls had increased by no less than 467,000. The market had been bracing for a much lower number, possibly a negative number after the White House strongly hinted as much. Unsurprisingly the dollar regained some lost ground and has opened this week somewhat steadier. It was not only busy in the money and foreign exchange markets but also in the background the world’s stock markets continued to wobble as investors reassessed their risk appetite. Despite no central bank meetings being scheduled this week, there will be plenty of influential members stepping up to the microphone to explain their actions further. Finally, the trials and tribulations of Boris Johnson look set to continue, with some commentators suggesting he may face a no-confidence vote in the coming days.

Credit Suisse has securitised a portfolio of loans linked to its wealthiest customers’ yachts and private jets, in an unusual use of derivatives to offload risks associated with lending to ultra-rich oligarchs and entrepreneurs. The Swiss lender, which has endured a bruising year marked by repeated scandal, quietly sold on a slice of the risk related to $2bn of its “ultra-high-net-worth” client loans at the end of 2021.

The pound again confounded many in the market when it finished the week lower against the euro than it had started despite the upward move in the base rate. As we said earlier, the Bank of England is looking likely to move rates higher again in March. This would typically lead to a sterling rally; however, buried in the footnotes to last week’s Monetary Policy Committee meeting the Bank states that it expected inflation to drop relatively quickly from its elevated levels. Some took this as meaning that the peak of interest rates will be somewhat lower than anticipated. UK gilts are also pointing in this direction and giving signals that we may well be heading for a recession. This week is a quiet week for data, with the only meaningful release being Gross Domestic Product (GDP) on Friday. As would be expected after the hit to the economy that Omicron delivered in December, the GDP figure is forecast to have fallen by about half a per cent. Huw Pill, the Bank of England chief economist, speaks on Tuesday with the governor Andrew Bailey due on Thursday evening. With a dearth of data due the focus may turn to Boris Johnson’s problems and the mounting tensions with Europe over the Northern Ireland Protocol.

The greenback benefited from an unexpectedly strong January jobs report on Friday which underpinned the hawkish repricing of the Fed. Going into the release, both the White House and Fed officials had commented on the event and warned not to overinterpret the report because of seasonal impacts and Omicron. Markets had a hard time ignoring the data however when it came in at nearly four times as many jobs as the broader consensus had foreseen. The US added 467k nonfarm payrolls, while details of the report showed that underlying factors contributing to slack in some parts of the labour market (such as a lower participation rate) have now faded. This left markets with concerns that the economy is running hot and could run even hotter if Omicron concerns dissipate, which helped policy expectations firm and in turn strengthened the dollar. Today’s calendar is fairly light for the US ahead of what could be a new high in US CPI on Thursday.

After its best week of the year, we will be watching to see if the euro can consolidate its gains against sterling and the greenback. After Christine Lagarde and the ECB took a hawkish turn last week it appears the period of policy divergence between them and their peers, the Bank of England and the Fed, may be coming to a close. The week ahead sees a relatively calm data docket, with the German Consumer Price Index on Friday being the highlight. With Germany’s understandable obsession with inflation, a high number would place further pressure on the ECB and increase the anticipation of a tightening of policy by them sooner rather than later. Christine Lagarde has another opportunity to expand on her change of heart this afternoon when she gives a speech, as do Phillip Lane and Eric De Guindos on Thursday. Politically, Italy seems to have resolved its domestic issues with Sergio Mattarella re-elected whilst President Macron takes to the centre stage in an attempt to get President Putin to back down from invading Ukraine

A handful of companies are seeking to become the first China-headquartered businesses to go public in the US since July, in a test of regulators’ willingness to accept listings after clampdowns on both sides of the Pacific. Six China and Hong Kong-based groups filed new or updated documents with the US Securities and Exchange Commission for an initial public offering on the Nasdaq exchange in January.  Last summer, SEC chair Gary Gensler blocked staff from approving new listings from China until companies provided more thorough risk disclosures, and in December, the agency published a list of details it would demand from companies. It is also beginning implementation of a Donald Trump-era law that would force Chinese companies to delist if they refuse to give audit regulators access to their audited accounts. Meanwhile the New Year holiday has ended and the 2022 Winter Olympic Games are now underway in Beijing.

An underwhelming jobs report from Canada coupled with a robust report from the US led to a spike in USDCAD on Friday as the arrival of Omicron in Canada and the subsequent provincial lockdowns in Ontario and Quebec hit the Canadian labour market. Most of the loonie’s losses have been recuperated however as the jobs report failed to shift expectations for Bank of Canada policy tightening: Employment is likely to pick up quickly, especially in food and accommodation services as indoor dining opens back up in Ontario and Quebec. We don’t think Friday’s labour market data will derail the Bank of Canada from hiking 50bps in March’s meeting. This week, commentary from BoC Governor Tiff Macklem on Wednesday at 17:00 GMT will be the standout event from the Canadian side of the border. Thursday’s release of US CPI is likely to be more instrumental for USDCAD, which is expected to show inflation continuing to rise from 7% YoY to 7.3% in January.

Gold built on Friday’s bounce from the $1,792 area and gained some follow-through traction on the first day of a new week. The XAU/USD maintained its bid tone through the first half of the European session and was last seen trading around the $1,812 region, just below the one-and-half-week high touched earlier today.

On Monday morning stocks in Europe erased gains and U.S. index futures dipped as investors took stock of the outlook for monetary policy ahead of key inflation data later this week. Treasury yields were stable. Declines for energy and real-estate shares offset gains for retail and basic-resources stocks as the Stoxx Europe 600 index fluctuated after posting a modest advance at the open. S&P 500 and Nasdaq 100 contracts declined. The 10-year Treasury yield was little changed, and yields on most European bonds ticked higher. Investors are grappling with the prospect of the steepest monetary tightening cycle since the 1990s, with markets pricing in more than five quarter-point Federal Reserve interest-rate hikes in 2022 following a strong U.S. jobs report. The U.S. inflation report this week could lead to more market volatility by shaping views on Fed tightening. A reading north of 7%, the highest since the early 1980s, is expected.

Bitcoin rose above its 50-day moving average on Monday for the first time in more than two months. The largest cryptocurrency rose as much as 3% to $42,956, compared with the 50-day technical mark which was around $42,810. It built on Friday’s rise — the biggest since October — which had taken it back above the key round-number level of $40,000, and held over the weekend. Bitcoin’s rise above the technical mark continues momentum higher amid the better-than-expected U.S. jobs report on Friday. The cryptocurrency has been correlated with risk assets in recent months, and the S&P 500 gained 0.5% Friday while the Nasdaq 100 rose 1.3%.

Brent crude oil fluctuated in Asian trading this morning following a run of seven weekly gains that’s pushed crude to the highest level since 2014. Futures in London swung between gains and losses after climbing as high as $94 a barrel. Oil’s market structure is flashing signs of tighter supplies and inventories at key storage hubs are falling. Saudi Arabia signalled confidence in the outlook for robust demand continuing by raising its crude prices for customers in Asia, the U.S. and Europe for March.
Oil has rallied on improving demand and supply outages, putting $100 within reach and raising concerns about inflation. There’s also a geopolitical risk premium in the price as Russia amasses troops near its border with Ukraine, although President Vladimir Putin has said he has no plans to invade. The tight oil market is being reflected at the pump. In the U.S., the average price of gasoline rose to the highest level in more than seven years, according to data from the AAA.