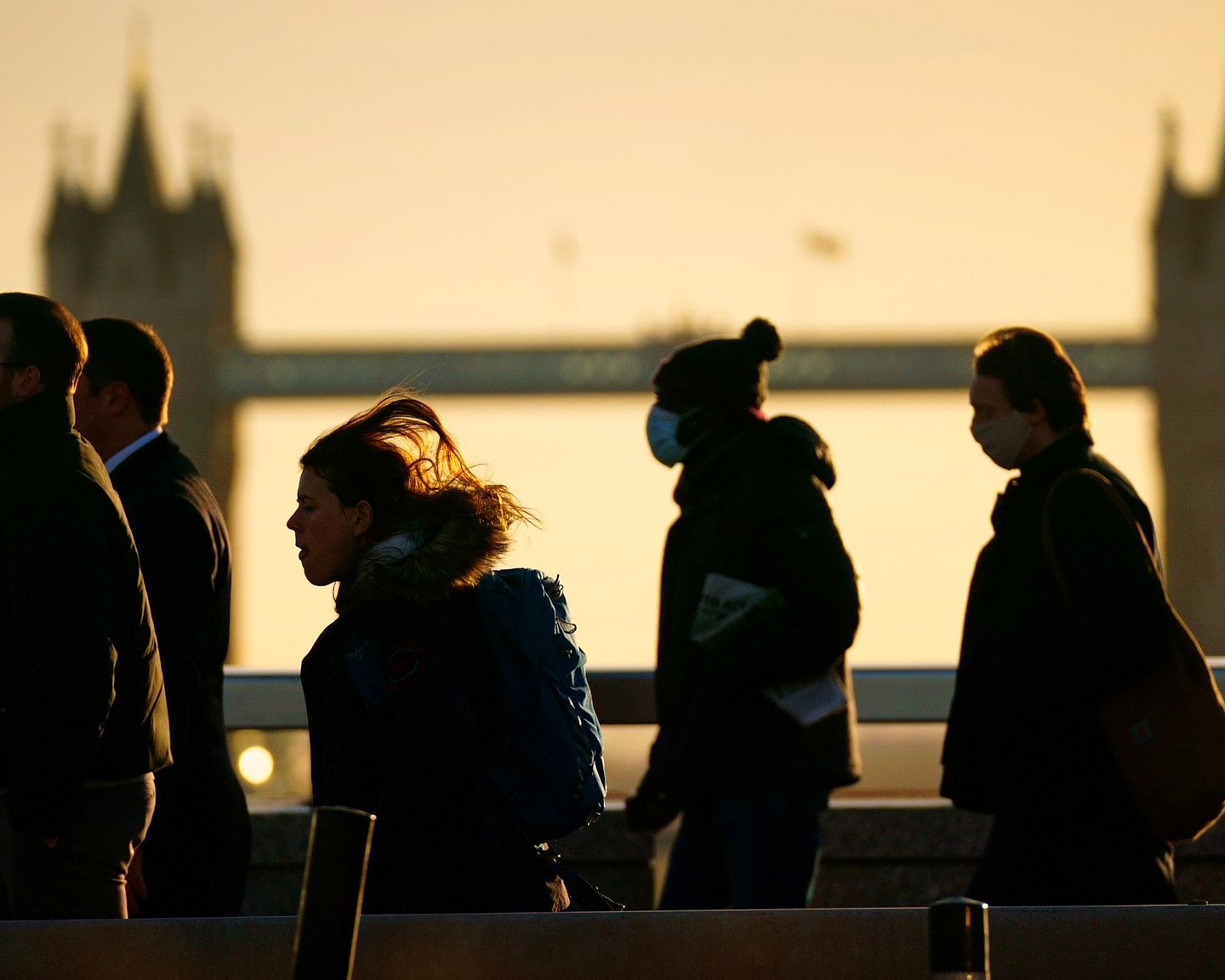 Risk sentiment gradually worsened last week, and as it did, the dollar became more attractive to investors leading it to close broadly higher on Friday. Sterling also had a good week, ignoring the trials and tribulations that Boris Johnson is undergoing instead focusing on the ending of Plan B COVID-19 restrictions. Markets are becoming increasingly aware that the period of easy money that they have been enjoying since the start of the pandemic is ending. Central banks, particularly the US Federal Reserve, are now worried by the recent jump in inflation and the asset bubbles that they have caused. With midterm elections looming in the US, pressure is on the Federal Reserve to act sooner rather than later. The Bank of England is also concerned by inflation, with Catherine Mann, the newest member of its Monetary Policy Committee, saying that it may stay “stronger for longer” in a speech on Friday. With the recent rise in the Consumer Price Index in the UK and with unemployment not rising as sharply as some had predicted, the chances are that the Old Lady will raise rates next week.

This week we have the first opportunity of the year for a central bank to signal its intent to control inflation when the American Federal Reserve hold their Open Market Committee meeting. Committee members, including Chairman Jerome Powell, have been increasingly vocal over their concerns about rising prices. It is expected that some action will be taken after the meeting, possibly including a surprise rate rise. There are also preliminary Purchasing Managers Indexes to digest and the ongoing geopolitical worries to contend with, primarily on Ukraine’s border, where Russia maintains a significant troop presence. In the UK, the so-called ”partygate “report by Sue Gray is expected to be published and may determine the future of Boris Johnson. Elsewhere in Europe, politics is also starting to play an increasingly important role in the euro’s direction. France and Italy face elections whilst the Green Party in Germany is embroiled in an investigation over COVID-19 related financial impropriety.

Growth in the UK economy slowed to its lowest in 11 months as the spread of Omicron variant weighed on consumer activity, according to early economic data. The IHS Markit CIPS flash UK composite PMI report came in at 53.4 for January so far, representing the lowest figure since the UK was in lockdown last spring. It reflected a further slowdown following the reading of 53.6 for December. With the ‘work from home’ recommendation ending in England commuters were returning to the office on Monday morning.

The pound touched its highest level against the single currency since June 2016 before falling back to finish slightly lower on the week. Against the dollar, it also ended a volatile week on the back foot. Sterling was helped by the prospect of the Bank of England raising rates at its next meeting after a higher than expected inflation figure was announced combined with a solid employment report. Regardless of the outcome of the “partygate” investigation into the Prime Minister’s behaviour, the main focus for sterling will be the Bank of England’s Monetary Policy Committee meeting next week. Some fresh insight into the UK-EU Brexit negotiations may also be after officials meet today. The preliminary (flash) Purchasing Manager’s Indexes for Manufacturing and Services which dipped to 53.4 from 53.6 in December, are the only top-tier data scheduled this week.

The financial world will turn its ears and eyes towards the US on Wednesday afternoon and early evening when the Federal Reserve will conclude their first meeting of the year. With the economy having regained all of its lost output, inflation running at its highest rate for 40 years and the unemployment rate dropping below 4%, it is hard not to argue that the US economy has returned to normal. Most analysts are forecasting that the Fed will now start tightening policy, possibly with an immediate end to its policy of asset purchasing through its Quantitative Easing program. There are also some thoughts that the Fed will increase interest rates by .5% which could rapidly appreciate the dollar. Building up to Wednesday’s meeting and its subsequent press conference, the market is likely to remain volatile. Aside from the Federal Reserve meeting, the US has its flash PMIs published later today and on Thursday, Durable Goods, Weekly Jobless Claims and 4th Quarter GDP. A busy data week comes to a close on Friday with December’s Personal Income, Personal Consumption and, most importantly, its Personal Consumption Expenditure Index.

After a week where the European Central Bank (ECB) did nothing to dispel the perception that they won’t be changing their opinion that the current bout of inflation is transitory or moving interest rates up any time soon, the euro ended lower again. Until the ECB decides to start thinking about increasing interest rates, the single currency will continue to underperform. Also of concern to euro watchers are the massed troops on its Eastern border and the very real threat of Russia invading Ukraine. The data docket is a bit busier this week than recently, starting today with the preliminary Purchasing Managers Indexes for Germany, France, and the Eurozone published this morning which showed modest rebounds and a muted Omicron effect (so far). Tomorrow Ifo will release their German Business Climate Condition survey. The final reports for the week are the Eurozone Business Confidence, Economic Sentiment and Consumer Confidence reports published on Friday.

Looser monetary policy in China won’t be sufficient to stabilize the economy, a former adviser to the central bank said, arguing that the government needs to speed up spending as well. “Under the current economic situation, the role the PBOC can play is limited,” said Yu Yongding, a member of the monetary policy committee of the People’s Bank of China in the mid 2000s, adding that he would “emphasize the importance of fiscal policy.”

The central bank has taken a series of easing steps in recent weeks, cutting key interest rates for the first time in nearly two years and encouraging banks to accelerate lending. That is all part of an effort to boost the world’s second-largest economy after growth slowed sharply in recent months due to a real-estate downturn, weak investment, and sporadic outbreaks of the coronavirus. China’s fiscal stance has been contractionary in 2021, with the government deficit falling by about 40% in the first 11 months of last year compared with the same period in 2020. In December, Beijing urged local governments to step up infrastructure spending, but questions remain about how they will finance such an effort as a downturn in the housing market is limiting their income from property sales.

After weeks of appreciation, the Canadian dollar finally slipped on Friday to reverse its gains over the week and sit 1.06% off recent highs. The decline in US stocks, drop in WTI from recent highs back to $85 per barrel, and jump higher in US front-end yields to above 1% were all responsible in the loonie’s decline. However, this morning, the Canadian dollar has firmed along with oil markets as the focus sits firmly on tensions in eastern Europe and the potential impact it could have on the commodity complex. JP Morgan analysts last week suggested that Brent, which trades at a slight premium to WTI, could jump to $150 per barrel in the coming two quarters should the Russia-Ukraine tensions result in an adverse geopolitical event.

A mixture of sanctions and a unilateral supply cut by Russia in retaliation to imposed sanctions could see the global oil supply reduce by 2.3m barrels per day. While higher oil prices are likely to support a further rally in the loonie, the corresponding tightening of financial conditions to react to the inflationary shock and the downturn in global risk sentiment and growth projections could see the loonie weaken despite the rally in oil. For this reason, traders exposed to commodity currencies such as CAD will be keeping a close eye on geopolitical developments this week, while CAD traders specifically will be focusing on the BoC this Wednesday and its updated monetary policy report.

Gold attracted some dip-buying on the first day of a new week and reversed a major part of the previous week’s pullback from a two-month high. Economists at TD Securities expect the yellow metal to consolidate around the $1,830 mark this week. As the market continues to pencil in additional Fed rate hikes, with a full 4 hikes priced for 2022 and a near-certain March rate hike priced, precious metals appear vulnerable to a consolidation following this substantial shake-up in position.

Equities in Europe declined on Monday as the rout in technology stocks deepened amid concerns over the Federal Reserve’s imminent rate liftoff. Tech stocks were among the largest decliners as the Stoxx Europe 600 index dropped more than 1%, on track for the biggest two-day slump since November. In Asia, a gauge of Chinese tech firms fell by the most in nearly three weeks. U.S. equity futures pared an advance that had stirred tentative hopes of some respite after one of the worst stretches for global shares last week since the pandemic began.

Aside from the Fed, earnings updates from firms such as Apple will shape sentiment too in the days to come following an uneven start to the reporting season. Tech stocks have borne the brunt of an equity selloff this year, while some less richly valued parts of the market have held up better.

Bitcoin is starting the final week of January at a 50% drawdown from all-time highs and down 19% in the last week – the worst seven day period since May 2021. A flight to $34,000 means that BTC/USD is now down by half in just two months. With $30,000 so far unchallenged, Bitcoin remains slightly above the trough of its dip from $58,000 to $29,000 last summer. Other crypto coins have fallen further.

Oil in London traded near $88 a barrel as increasing geopolitical risks vied with broadly weaker equities markets. Crude’s rally has been buoyed by a combination of robust demand in the face of the omicron variant, while disrupted supply in countries including Libya has also tightened the market. That is now being compounded by heightened political risk as Russia amasses troops near Ukraine, and the United Arab Emirates comes under attack from Yemen’s Houthi rebels.

Despite the strength in crude, there are some signs that the recent rally could be growing increasingly stretched. Money managers hold more than 12 bullish bets for every bearish one in WTI, the most since November. Crude has also recently been on a run of being technically overbought.