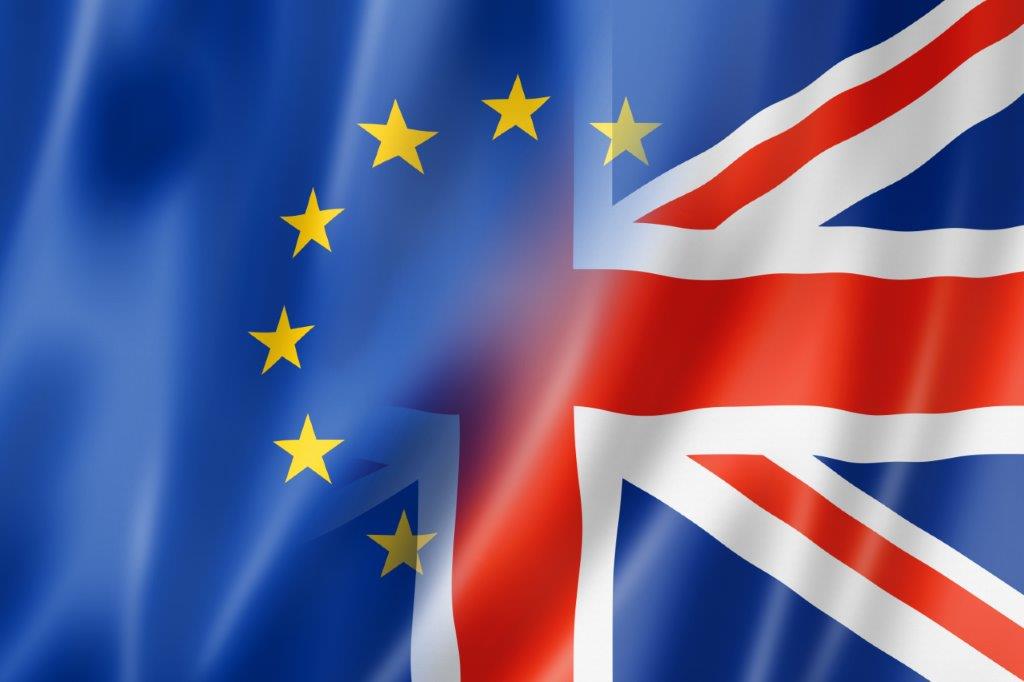 The start of last week provided a hint of the volatility in store as investors realised that the days of cheap and easy money in the US were well and truly ending. With stock markets moving in unusual directions risk sentiment took a turn for the worse, and as it did, the dollar became even more attractive. The worst fears of many investors became a reality when the Chairman of the Federal Reserve appeared after their monthly meeting and gave an uber hawkish press conference. Jerome Powell didn’t commit to any immediate moves but made it patently clear that controlling inflation was now the Fed’s foremost priority. With analysts predicting anything from three to seven hikes in interest rates this year, it was no wonder that the dollar gained ground in particular against the euro.

The spotlight switches across the Atlantic for part of this week with meetings at the European Central Bank and then the Bank of England where expectations are for a move in the base rate up to 0.5%. Incidentally, this would be their first back-to-back move since June 2004. After the central bank meetings, both on Thursday, the US Labor Department will release its monthly Non-Farm Payroll report, often a market-moving event. There is also political drama that could cause even greater market mayhem. With Russia still massing troops on the border with Ukraine, the euro will remain pressured, especially with the threat to its gas supplies from Russia. In the UK, Boris Johnson faces another problematic week as he waits, like the rest of us, for the publication of the Sue Gray report into “partygate”. All in all, another exciting week in prospect.

The UK government will introduce new legislation allowing it to change or scrap retained European Union laws, Prime Minister Boris Johnson has said to mark two years since Brexit. The new “Brexit Freedoms Bill”, which was announced on Monday, will make it easier to amend or remove what he called “outdated” EU laws that London has kept on its statute books as a “bridging measure” after leaving the bloc. It will be part of what the UK PM dubbed a “major cross-government drive to reform, repeal and replace” the European laws retained and cut red tape for businesses.

Sterling, along with all G10 currencies, suffered at the hands of King dollar last week. However, it was not all doom and gloom as the pound regained almost all of its recent losses against the euro. This morning it is continuing that trend and knocking on the door of its best levels since Brexit against the single currency. Attention will turn to Threadneedle Street at lunchtime on Thursday when Bank of England Governor Andrew Bailey will announce the decisions of the Monetary Policy Committee and the rationale behind them. With the threat of Omicron receding and society opening up, the UK looks like it’s returning to normal. Unfortunately, the flip side of the recovery has been the jump in inflation to levels last seen in the 1980s. Unemployment, which the Bank had been concerned about, is looking under control, giving the bank comfort for any hike in the base rate. As we said earlier, it is now widely expected that the base rate will be increased to .5%, which the money markets are predicting will be the first of several moves this year before it peaks at just below an unlikely 1.5%. The Bank may also adjust its Quantitative easing policy and possibly allude to reversing it with quantitative tightening as it changes its view on inflation and wages.

At long last Jerome Powell and the other governors of the Federal Reserve seem to be taking decisive action on inflation. This week focus will switch from inflation to the less thorny problem of employment with this month’s publication of Non-Farm payrolls on Friday. With Omicron still disrupting large swathes of the economy, expectations are for a low gain in employment of about 100,000. It must be remembered that there are about 10 million vacancies, and one month’s figures are unlikely to upset the chain of events to higher interest rates that Jerome Powell has started. The ISM Manufacturing Purchasing Managers Indexes are due out tomorrow, the ADP white-collar labour figures on Wednesday, the weekly jobless total, and the Markit Purchasing Managers Indexes on Thursday to digest. As usual, after a Federal Open Market Committee meeting, several governors of the Fed are expected to speak and air their views on inflation.

The euro was under the cosh again last week as the policy divergence between the European Central Bank and its main rivals was laid bare by the hawkish statements of Fed Chairman Jerome Powell. This week could be a big week for the euro with the publication of the 4th Quarter’s Gross Domestic Product later this morning and Inflation data before the European Central Bank meets on Thursday. With the eurozone still way behind the UK and US, no great shocks are expected from the ECB. Indeed, the most interesting part will be the language that its president Christine Lagarde chooses to use in her press conference after the meeting. Although inflation isn’t rising as sharply in the eurozone as it is elsewhere, that’s not to say that there isn’t a growing issue causing a divide in the council. Her challenge will be to talk tough on inflation to appease the hawks whilst reassuring the doves on the council that nothing dramatic is planned. Whilst the ECB finds itself in this fix the single currency’s problems are likely to mount against those currencies that are already tightening policy. Indeed, some expect the single currency to test its lowest levels against the dollar and sterling.

Chinese manufacturing and services activity edged close to a contraction in January as the country’s zero-COVID-19 strategy compounds a slowdown in the property sector. China’s manufacturing purchasing managers’ index was 50.1 in January, from 50.3 a month earlier and just holding above the 50-point threshold that indicates expansion rather than contraction, according to the National Bureau of Statistics. A separate independent gauge of factory activity reflected the downturn is worse among smaller manufactures who are being hit by weakening export demand. The Caixin manufacturing PMI declined to a low of 49.1, from 50.9, near its lowest points since the start of the pandemic.

The latest data on China’s economy came two weeks after the country’s gross domestic product in the fourth quarter expanded 4 per cent year-on-year. That marked a decline from 6.5 per cent growth over the same period in 2020 and the slowest pace of year-on-year growth in almost 18 months.

Last week saw the loonie drop over a percent and a half against the dollar as monetary policy divergences became more apparent. This morning, however, CAD is up a third of a percent against the dollar as the greenback goes offered across the majority of the G10 space and oil, along with other risk assets, embrace the easing geopolitical tensions over the weekend and the pressure from US rates. This week, the focus for USDCAD will remain on rate differentials as bond traders adjust to incoming growth and employment data from both the US and Canada. Data out of both economies for late Q4 and January will show the impacts of Omicron, with the downturn in Canada likely to be more pronounced due to official lockdown measures being implemented. Markets and economists are aware of this, meaning the FX implications are likely to be driven by the deviation in the data relative to consensus expectations.

Gold prices fell on Monday and were set for the biggest monthly drop since September as markets anticipated higher U.S. interest rates, while a stronger dollar added to the pressure. Spot gold was down 0.1% at $1,790.00 per ounce taking its monthly drop to more than 2%. Although gold is considered a hedge against inflation, interest rate hikes would raise the opportunity cost of holding non-yielding bullion. A firmer greenback makes bullion more expensive for holders of other currencies.

European stocks and U.S. index futures rose, and a gauge of global equities pared its biggest monthly drop since March 2020, as investors bet corporate earnings will continue to grow amid aggressive tightening by the Federal Reserve.

The Stoxx 600 gauge advanced for a fourth time in five days and was up 1.1% on Monday morning. Technology shares in Asia and Europe caught up with Friday’s rally in New York. Futures on the S&P 500 Index added 0.2%, while those on the Nasdaq 100 jumped 0.6%. Treasury yields advanced while the curve flattened as bond markets braced for successive rate hikes by Fed starting March. The stellar run of profitability in U.S. companies continues this quarter. Of the 169 S&P 500 companies that have posted results so far, 81% have met or exceeded expectations. Profits have come about 5% more than the levels predicted.

Bitcoin is hovering around the $37,200 mark this morning – a fall of almost 20% since the start of January but starting this week at very similar levels to where it began last week. Price action this week may be influenced by the looming Biden administration executive order on cryptocurrencies as well as the Infrastructure Bill’s impact on tax and accountancy reporting standards for holders of crypto assets. Meanwhile the IMF has recommended that El Salvador not only drop Bitcoin as legal tender, but to also dissolve the $150m trust fund when it creates the Bitcoin legal tender as ‘the costs of implementing and operationalizing the Bitcoin law exceed potential benefits’.

Oil markets opened the week on the front foot on signs of sustained global demand and continued tensions over Ukraine, putting Brent on course for its best January performance in at least 30 years. The global benchmark rose 1.3%, building on a run of six straight weekly gains that saw prices hit the highest level since 2014. West Texas Intermediate advanced to near $88 a barrel after climbing 2% last week. Crude has soared this month as global markets tightened, with top banks and oil companies saying oil may soon pass $100 a barrel. The advance has been supported as the Organization of Petroleum Exporting Countries and its allies haven’t been able to meet planned supply output increases in full in recent months. The OPEC+ alliance gathers Wednesday to assess the market.